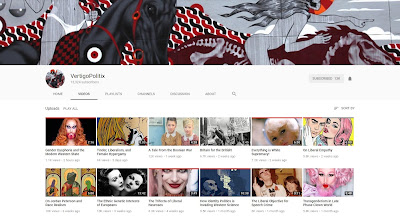 Popular posts from this blog

By Prothink - April 22, 2020
I have tried to get this video to play on numerous devices and other videos on bitchute play but not this one. It makes me wonder if we are seeing a form of shadow banning censorship going on . Unlike when I had owned and operated Trutube.tv everyone knew who the owner of the site was and could speak with me directly when need be. Just some thoughts. Leave a comment if this video is working for you. https://www.bitchute.com/video/5LcdO8SWf5Fl/
Read more

Birds of a Feather

A couple years back I pointed out that Mike Enoch of TRS admitted himself that he was a jew. The firestorm (damage control at the time) was focused on the open lie exposing his wife was a jew even though she was on TDS podcasts talking about 'gassing kikes'. I was shunned by people who foolishly backed Enoch. Many of these people admitted behind the scenes to me personally that this was a 'optics nightmare' but yet weren't willing to disavow. It became clear to me and many others what was going on. At the very least incompetence, but potentially something much more sinister. At this point Enoch is catching fire but not for being a fat jew, or his vile jewish wife being employed by the founders of the ADL,B'nai B'rith, and being a social media engineer for NBC and Aol, but because of a blatant fed op. At the end of the day I am glad to see this fat jew get the boot publicly but their is certainly much more house cleaning to be done and apologies given.
Read more